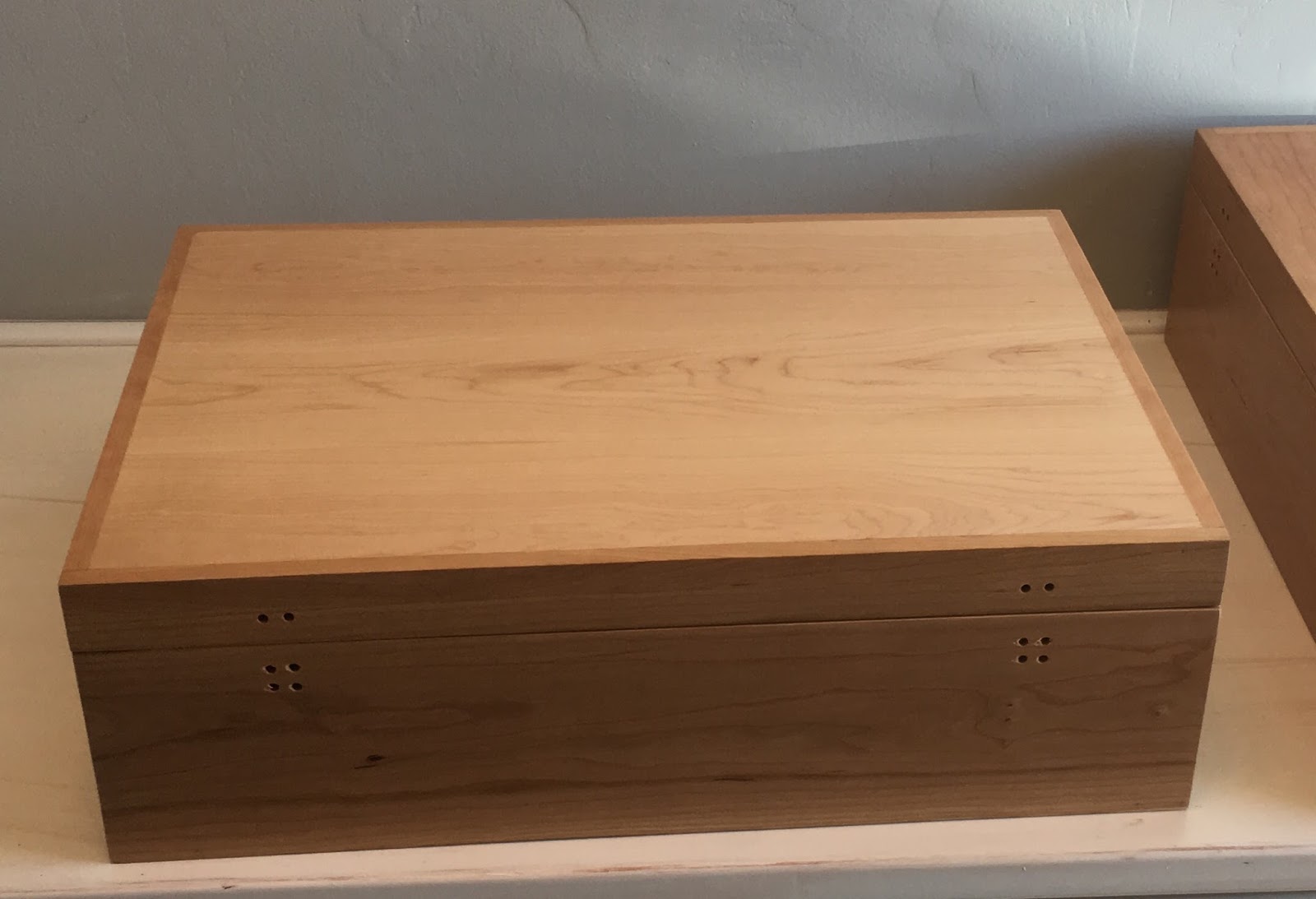 What is this you ask?
Firstly, all I know is God brings me just the jobs I need, when I need them.  And all the while he brings along some really cool projects for some cool people.
I was contacted by a company that makes metal boxes for the government.  They offer a metal box wrapped or displayed in wood.

Obviously its wood so that's where I come in.....
The company, Vector Technologies found me on the internet and asked if we could do such a thing...... and of course I said, "yes I can!"
The plans for these boxes were very complex with measurements to less than a 32nd.  Which is insane, but I knew my dad could build it.

And best of all these boxes are for top secret "secret" meetings!  Meaning, when people have a top secret meeting they need to put their cell phones in that metal box and shut the lid.  The cell phones are not detectable in the metal boxes.  I have no idea what is in the technology because that's not the wood part, but some type of white noise ensues in the box and tadahh no one can tap in on any conversations, special meetings, nothing.   So this got me thinking.  Who would have such a meeting that works for the government and has to put their phone in a box because they're talking about top secret "secret" stuff?
I am just guessing but it could be the President of the United States!! The President People!

My new friend at Vector Technologies doesn't even know who this box is for because the person is so high up.  So.......who do you think its for?
your custom cabinet girl (future secret box builder for the stars :) ﻿