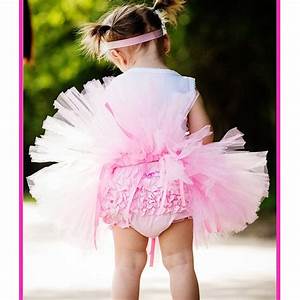 This is my very best analogy of how I feel in the present moment with my job.  Girl in a pink tutu goes into a bar and tries to fit in.  That's me. Working in the construction world, for me in the specialization of cabinetry, I am around a lot of testosterone. Most of the men I work with are great, but sometimes I feel like a round peg trying to fit in a square hole while wearing a tutu.
Yesterday I had used my little bit of authority in cabinet knowledge to negate a problem only to have bruised the ego of said "guy in the bar" and get told otherwise. I did not do this on purpose nor was I rude so when thinking about this, I have found that there are those who do not like to be given advice. They want to be the only ones to give it.  Likewise my solution was not satisfactory and I became the one to attack.....although I believe there could have been a more gentler way of dealing with it.  Now I know all you "guys" who read this with your testosterone and egos don't behave this way, but the few that do and are living in this world seem to find me.
Maybe its the way I dress?  IDK
Just so you know I hate confrontation.  I hate confrontation so much that if someone does something wrong to me its more than likely that I will not say anything to defend myself.  Now on the other hand, if someone does something wrong to one of my boys I will definitely say something and protect them, but for myself I just hesitate to do so.  Why I don't know, and maybe I need 10 hours of therapy to figure that out.....whatever.  I think if I can figure out how to not have to deal with crazy people everything would be just fine.  So there I was yesterday feeling like I was wearing a pink tutu and walking into a bar trying to fit in with all the bikers.  Maybe I should have ordered a beer, and maybe...........  never mind you can't fix over ego zealous. But in trying to fit in at the bar I have learned two valuable lessons;1- I will never fit in at the biker barand2- Don't try to solve a problem with the one who only wants to solve it with himself and his ego.
Even in 2019 there is still a lot to accomplish when you are a female working in a dominantly male occupation.  But I do have a great idea........ The egotistical males that I encounter should have to take a ballet lesson in a tutu and try to fit in.  And then maybe they will understand what its like to be the girl in a pink tutu who wants to fit in at the bar.   maybe........ your custom cabinet girl